Vonda Shepard was born in New York City in 1963. She started playing piano at the age of 6, writing songs at 8, and playing clubs at 14. Vonda has released fifteen albums, including eight solo albums, three live albums and four albums for Ally McBeal. Throughout her career she has played keyboards and sung with Jackson Browne, Al Jarreau and Rickie Lee Jones. Vonda has sold over twelve million albums and has won two Golden Globes, two Emmy awards and two Screen Actor’s Guild awards and the Billboard award for selling the most television sound track albums in history. While on Ally McBeal, Vonda was the “behind the scenes” music producer, producing over five hundred songs for the artists Sting, Robert Downey Jr., Gladys Knight, Chubby  Checker, Al Green, Randy Newman, Jon Bon Jovi, and many more. Vonda continues to tour the world, playing her original material and the faves from her days on Ally McBeal. Vonda’s eagerly awaited 9th solo album titled “Red Light, Green Light” is scheduled for release on September 23rd 2022.

Vonda Shepard was born in New York City in 1963. At a very early age, her family moved to L.A., where Vonda spent most of her life growing up. She began playing piano at age six, took voice lessons, dance and acting for many years, and has been playing clubs since the age of fourteen. At the age of twenty, Vonda was invited to join Rickie Lee Jones’ band, as keyboard player, singer, dancer and “alter ego” of Rickie Lee. During this time, she was also in artist development for four years with Warner Bros., and finally got signed to Reprise Records at the age of 24, where she released her major label debut in 1989, titled Vonda Shepard. Don’t Cry Ilene was a hit on V.H.1 and made it to top 11 in the A.C. charts. In 1986, Vonda also had a major pop hit with the duet, Can’t We Try, with Dan Hill; this one made it to #6 on the Pop Charts. In 1991, Vonda released The Radical Light on Warner/Reprise, which had the original version of Searchin’ My Soul, the theme song for Ally McBeal. Indie life followed, with It’s Good, Eve — Vonda’s most critically acclaimed album, to date, about which Chris Willman from Entertainment Weekly wrote; “the singer/songwriter genre doesn’t get any better than this.”

From 1986 – 1990, Vonda toured as keyboard player/back-up singer with Al Jarreau. Vonda also did two tours with Jackson Browne in 1995 and 1996. For the first tour, she sang back-ups with Jackson, which helped her get back on the horse after having been dropped from Warner Bros. after her second album, The Radical Light. Jackson lent Vonda his studio for a month, after hearing her play her new songs at soundcheck everyday, and said “if you can have an album finished by next summer, you can sing with me and open for me”. Jackson lending his world class studio was monumental in Vonda being able to finish the album, It’s Good, Eve, which eventually led directly to Vonda’s friend, David E. Kelley, offering her the job on a new show he was writing, called Ally McBeal. The songs on Eve really resonated with David Kelley’s vision for the emotional timbre of the show. Vonda was the “Greek Chorus” for Ally’s emotions and thoughts. There were often cover tunes from the 50’s, 60’s and earlier back, but David would always interweave Vonda’s original songs throughout the 5 years of Ally McBeal.

Vonda’s most demanding job on Ally was as music producer, where she produced over 500 songs, for artists like Al Green, Sting, Randy Newman, Robert Downey Jr. Jon Bon Jovi, Gladys Knight, Chubby Checker, Barry Manilow and many more, including the amazing cast. When musical guests would appear, Shepard was the “behind the scenes” producer of the music, reading the scripts and interpreting David Kelley’s message, through the emotion of music. Four Ally McBeal albums accompanied the five year run, including a Christmas album.

In 1999, Vonda recorded and released By 7:30, an album of all original material, right in the middle of the frenetic, yet thrilling schedule of Ally McBeal.

When the show ended, Vonda immediately wrote and recorded Chinatown, continued touring the world, then wrote and recorded From The Sun, released two live albums, including From The Sun, Live in San Javier, released Solo, rerecording many of the favorite songs from Vonda’s catalog, as well as some beloved cover tunes, and finally Rookie, in 2015, for which she again toured extensively with her stellar band, James Ralston, on guitar, (Tina Turner 22 years), Jim Hanson, on bass, (Bruce Springsteen, Rodney Crowell, Johnny Cash), and she alternates drummers, from Michael Urbano (John Hiatt, Cracker) to Christopher Hafer (many bands, including Hertz-Van-Rental!) to Fritz Lewak, (Jackson Browne, 26 years).

In 2021 Vonda started recording her latest album with Mitchell Froom (Elvis Costello, Crowded House, Fleetwood Mac, Bonnie Raitt). Froom has been behind the boards for all of her albums since By 7:30 in 1999. The new album, titled “Red Light, Green Light”, has “Vintage Vonda” tracks with some deep, funky grooves, but the woman who wrote and sang “Baby, Don’t You Break My Heart Slow” is never about to leave every eye in the house dry. “I’ve heard that Paul Simon fills four legal pads with lyrics for one song alone,” she says. “I may not fill four, but when I’m writing an extremely honest, painful ballad, of which there will be a few on this album, I do fill up at least two.”

Vonda’s influences, growing up in the 70’s, were those classic singer/songwriters; Elton John, Carol King, James Taylor, Jackson Browne, as well as the soul icons, Aretha Franklin, Stevie Wonder, Chaka Khan. You can certainly hear the fusion of these two styles, in listening to Vonda’s albums.

A few years back, Shepard had one of the most unexpected and exhilarating experiences of her career; her belated debut as a musical stage actress. Rock & Roll Hall of Fame legend Randy Newman hand-picked her to play the part of Martha in his version of Faust, which thrilled audiences at New York’s City Center. For her first stage acting role, Shepard earned grand reviews from New York’s tough theater critics; Said Playbill: “Indie-pop singer/songwriter Shepard was the find of the evening, at least for audiences unfamiliar with her five years of acting and singing on Ally McBeal.” The Theatermania.com critic called the Newman/Shepard duet of “Feels Like Home” “one of the year’s great stage moments to date.” New York Times theater critic Christopher Isherwood weighed in with a rave, too, calling her duet with Newman on “Feels Like Home” “the song that received the warmest reception” and adding: “Ms. Shepard’s soulful singing brought out the yearning quality in Mr. Newman’s own.”

“She’s incredible. With the energy of Girls Aloud all combined, Shepard gracefully pounds the grand piano and despite sitting behind the instrument for almost the entire set, she manages to ooze a presence which seeps into the spellbound audience. Her band complements the relaxed yet professional ambience to perfection, leaving the limelight to the star. .. Of course, the Ally McBeal theme “Searching My Soul” is much-anticipated; it’s rousing, uplifting and the entire venue can’t help but sing along. In an age where music is all too often styled, fashionable or fake, it’s thoroughly refreshing to see such inherent talent performed naturally with such sunny disposition. Delectable.”
RED, RedHotVelvet.com

“Shepard’s the classic singer/songwriter type; her soul-baring confessionals are tempered by flashes of wit and whimsy along with a hook or two and often bittersweet underpinnings.”
Darryl Morden, The Hollywood Reporter

“Shepard favors a more organic and introspective approach… Indeed, those who have appreciated the emotional complexity and depth of Joni Mitchell and Sarah McLachlan will find a lot to admire.”
Alex Henderson, AllMusic.com 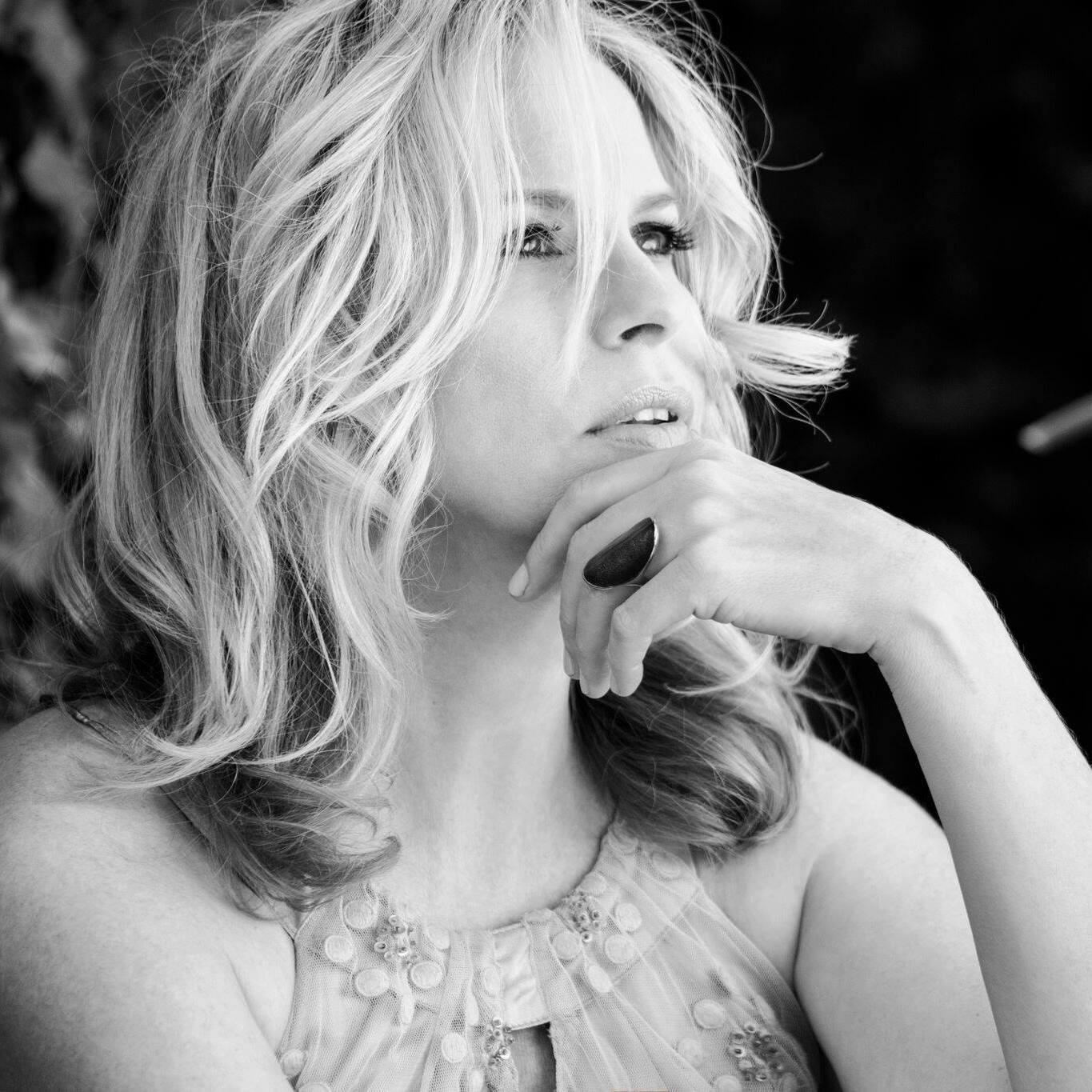 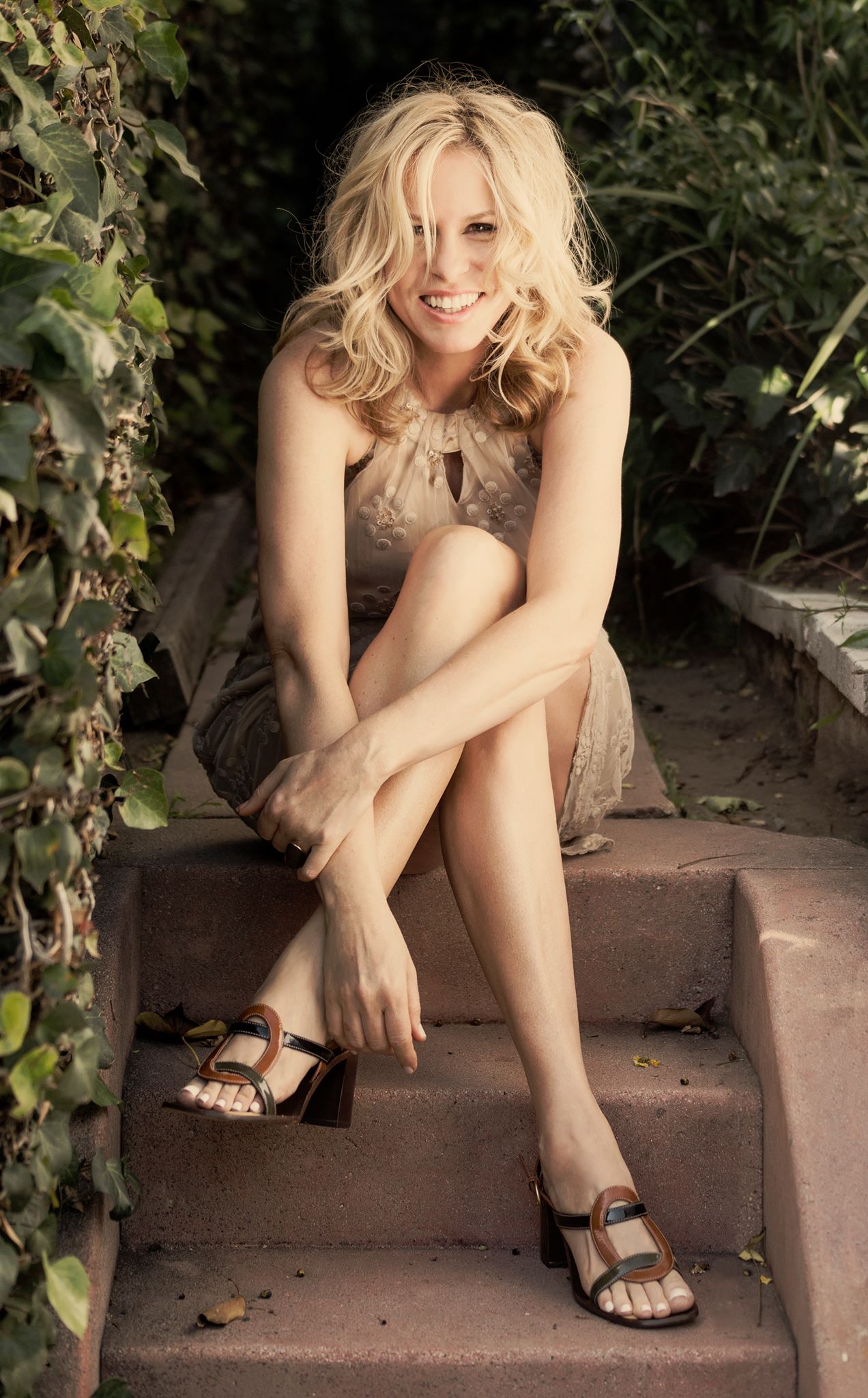 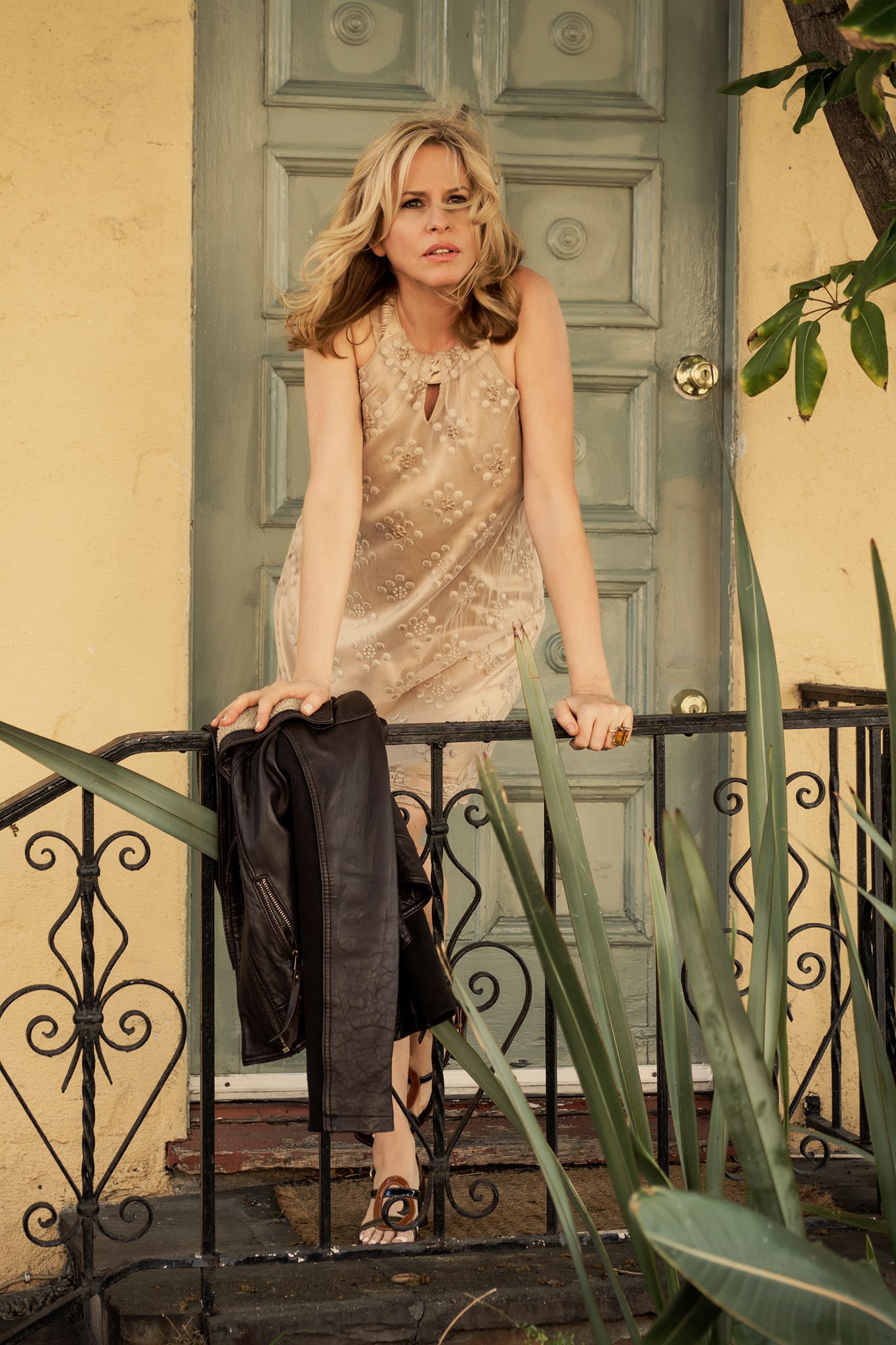 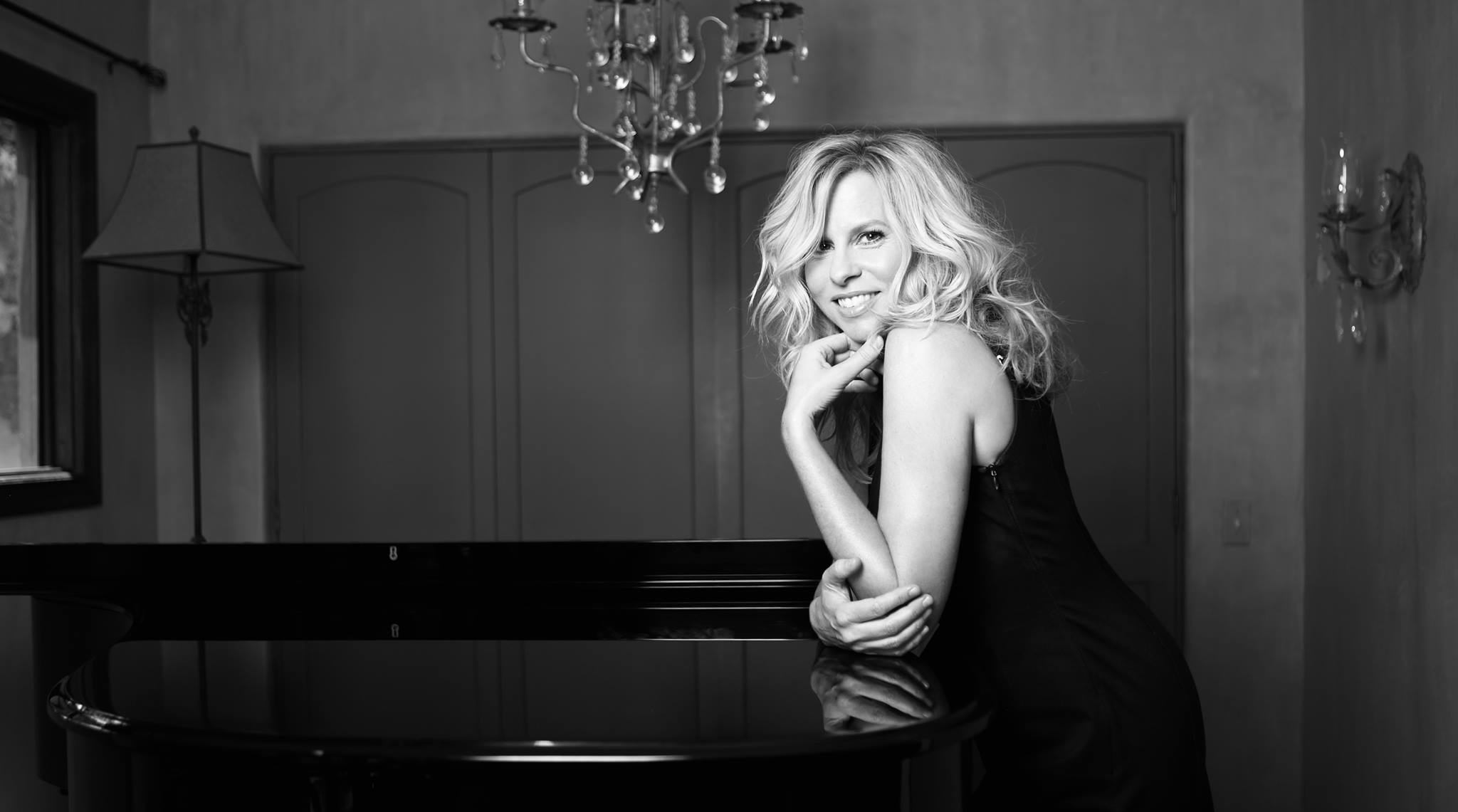