Larry Graham is a living musical legend three times over: as the bassist-singer with Sly & The Family Stone, where his innovative thumping-plucking style of bass playing became tremendously influential; as leader of the hit-making funk group Graham Central Station through the 70’s; and then as a top-selling solo artist in the 80’s.

Following Sly & The Family Stone‘s 1993 induction into the Rock & Roll Hall of Fame, he re-formed Graham Central Station with whom he now tours the world. Since the late 90’s Larry Graham frequently shared the stage with Prince.

“I’m gonna add some bottom… so that the dancers just can’t hide!” bellows Larry Graham over his bass intro to Sly & The Family Stone’s “Dance To The Music”.

Larry Graham always adds some bottom. That’s what he does. That’s what he’s been doing for most of his career, even in the early years before he assumed the pivotal role of the thumping, funky engine, driving numerous hits by “Sly & the Family Stone” in the 1960s and early ‘70s. Indeed, the consistent string of hits from the heyday of “Sly & the Family Stone” were built in large part on Graham’s innovative electric bass style that has been imitated by subsequent generations of funk, R&B, rock and jazz bassists.

In the years since his tenure with Sly Stone, Graham has charted an equally prolific and innovative course as a solo artist and as head of the funk collective known as “Graham Central Station”. Whatever the setting, he has spent a half century redefining the bass by pushing the limits of its potential as both a melodic instrument as well as a percussive tool.

Born on August 14th, 1946 in Beaumont, Texas, Graham moved with his family to Oakland, California, when he was only three. By his early teens, he was fluent on guitar, piano, saxophone, clarinet and drums. One of his first major gigs was with his mother’s combo, the Dell Graham Trio, where he started playing guitar but later switched to bass – more as a matter of necessity than anything else. When the band’s organ sputtered and stalled, there were no bass pedals to lay down the band’s bottom line. Graham rented an electric bass, figuring he’d use it temporarily to fill in the holes at the low end, then eventually get back to playing the guitar after the organ was repaired. But the organ was never repaired, and Graham stuck with the bass. Things got even more interesting when his mother scaled back the band’s lineup by dismissing the drummer – a move that required Graham to develop a bass drum and snare drum sound along with his bass line. “Back then, there was the so-called ‘correct’ way of playing – overhand, with your two fingers,” says Graham. “That was the way most people played the electric bass. It was kind of a carryover from the way you would play an upright bass. But I never listened to bass players, because my first love was the guitar. I just kind of played it my own way, and that became my style. I didn’t really care about what anybody thought about it. I was just trying to get the job done.” He got the job done, not just for himself but for generations to follow. For as unconventional as his style may have been at the time, it has since been adopted and refined by countless bassists representing a variety of genres, including Flea, Victor Wooten, Marcus Miller, Stu Hamm, Doug Wimbush, Stanley Clarke, Bootsy Collins and generations of others.

Graham took this unusual approach and ran with it – directly into the ranks of “Sly and the Family Stone” in 1966. For the next six years, he provided the churning undercurrent for classic albums as “Stand!” and “There’s a Riot Goin’ On”, as well as smash hits like “Dance to the Music”, “Everyday People”, “Thank You (Falettinme Be Mice Elf Again)”, and several others. Along the way, he and the band redefined funk and made it accessible to a much broader audience than the genre had previously enjoyed. The high point, he recalls, was their performance at Woodstock in the summer of 1969. “That set the standard.” says Graham. “We had never heard the roar of a half-million people, or experienced the energy that comes from a half-million people, or felt the approval that comes from a half-million people. That set the bar for everything we did after that. I think that changed the lives of everyone in the band. I know it changed my life.”

Graham left “Sly and the Family Stone” in 1972. He then went on to produce a Funk band called “Hot Chocolate”, which he eventually joined and renamed “Graham Central Station”. The original lineup included guitarist David “Dynamite” Vega, organist Robert “Butch” Sam, keyboardist Hershall “Happiness” Kennedy, vocalist/percussionist Patryce “Choc’let” Banks, and drummer Willie “Wild” Sparks. The group used the funk foundation that Graham had established with “Sly and the Family Stone” and sweetened it with various layers of soul, blues and other styles – a magical combination that scored the band a Grammy nomination in 1974 for Best New Artist. Graham Central Station released a string of seven albums throughout the 70’s. Their debut album, a self-titled effort released in 1974, proved highly successful, launching a minor pop hit with “Can You Handle It“. Another hit, “Feel the Need“, emerged from their 2nd album “Release Yourself”, issued later that same year. The 3rd GCS album, 1975’s “Ain’t No ‘Bout-A-Doubt It”, yielded the single “Your Love“, a Top 40 pop hit which also topped the R&B charts. “Mirror” followed a year later. With 1977’s “Now Do U Wanta Dance”, Graham Central Station scored another R&B smash with the title track. By the release of 1978’s “My Radio Sure Sounds Good to Me”, Graham’s wife Tina had signed on as a vocalist, but in 1979, after the album “Star Walk”, the group disbanded.

Graham then turned solo, releasing five solo albums throughout the 80’s – some of which leaned more toward soulful balladry rather than pounding funk. His 1980 debut effort “One in a Million You”, reached the Top 30, the title track becoming a top ten hit on Billboard’s Hot 100 chart. 1981’s “Just Be My Lady” yielded another hit with its own title cut, while 1982’s “Sooner or Later” was also successful, followed in 1983 by “Victory” and in 1985 by “Fired Up”. Aside from 1987’s “If You Need My Love Tonight,” a hit duet with Aretha Franklin, he was largely out of the public eye in the years to follow, instead working as a songwriter and sideman.

In the late 80’s Graham moved his family to Jamaica for seven years and took part – though on a less intensive basis – in some touring and recording with other artists, including Eddie Murphy and The Crusaders.

In 1992 Graham reassembled “Graham Central Station” for the release of the “Live in Japan” album. The new line-up included George Johnson of the “Brothers Johnson” on guitar and vocals and Noriko “Mimi” Miyamoto on vocals and Funkbox. For the subsequent tours they got replaced by longtime collaborator Wilton “Fab” Rabb on guitar and original GCS band member Patryce “Choc’let” Banks on vocals and Funkbox. The line-up occasionally also got extended with some original “Sly and the Family Stone” members, including trumpeter Cynthia Robinson, saxophonist Jerry Martini and keyboardist/vocalist Rose Stone.

After recording the “Live in London” album in 1996 and releasing “By Popular Demand” in 1997 Graham’s chance meeting with Prince (who readily acknowledged the influence of GCS not only on his music but also on his flamboyant stage show) marked the beginning of a partnership that has lasted for 18 years. “We were both playing in Nashville, and he heard that I was there, and he invited me to one of his famous aftershows”, says Graham. “It was at this club, and it was the first time we’d ever jammed together. It was just a natural thing. Every place I went with the music, he was right there with me. It was like we’d been playing together for years. He knew all of my music. At the end of the jam, he asked if I would join his tour. I did, and we became very good friends and neighbors in his hometown of Minneapolis, Minnesota.” This led to Prince producing Graham Central Station’s 1998 album “GCS 2000” and touring together.

In 2012 Graham Central Station made its big comeback with the release of “Raise Up”, a collection of 13 tracks that include new master recordings of three of the band’s favorite songs – “Now Do U Wanta Dance”, “It Ain’t No Fun To Me” and “It’s Alright” – along with 10 new songs that mix funk, soul and pop, and deliver it with infectious horn arrangements and powerful vocals. The album features special guest appearances by Prince and Raphael Saadiq, who – just like Graham and all the current GCS band members – also hails from Oakland, California.

Four decades after Graham Central Station’s first outing, the same potent ingredients that made the band a funk powerhouse in its early years are still very much in the mix: thumping funk rhythms, infectious melodies and riffs, tight grooves, and of course, that churning slap-and-pluck bass undercurrent that pushes it all into overdrive.

Graham was the bass player with Sly and the Family Stone before launching his own band in the early 1970s. Graham Central Station had several hits — 1974’s “We’ve Been Waiting” opened the set — but, more importantly, Graham is the grandmaster and inventor of slap bass guitar. Here he delivered a supercharged performance driven by a skin-tight band and loaded with harmonised vocals and machinegun blasts of funky bass guitar.

Mid-set Graham traded funk nostalgia by asking each member of the band to name their key influence — Carlos Santana and James Brown were among those mentioned and uncannily imitated. Graham’s first influence was his mother’s left hand (he used to copy the lines she played on piano when, as a child, he played guitar in her band).

Sly Stone was inevitably name-checked, with Woodstock and the Isle of Wight fondly remembered; “Dance to the Music” was among the classics brought brilliantly to life. And the set ended with Prince’s “1999”, referencing Graham and Prince’s many collaborations. 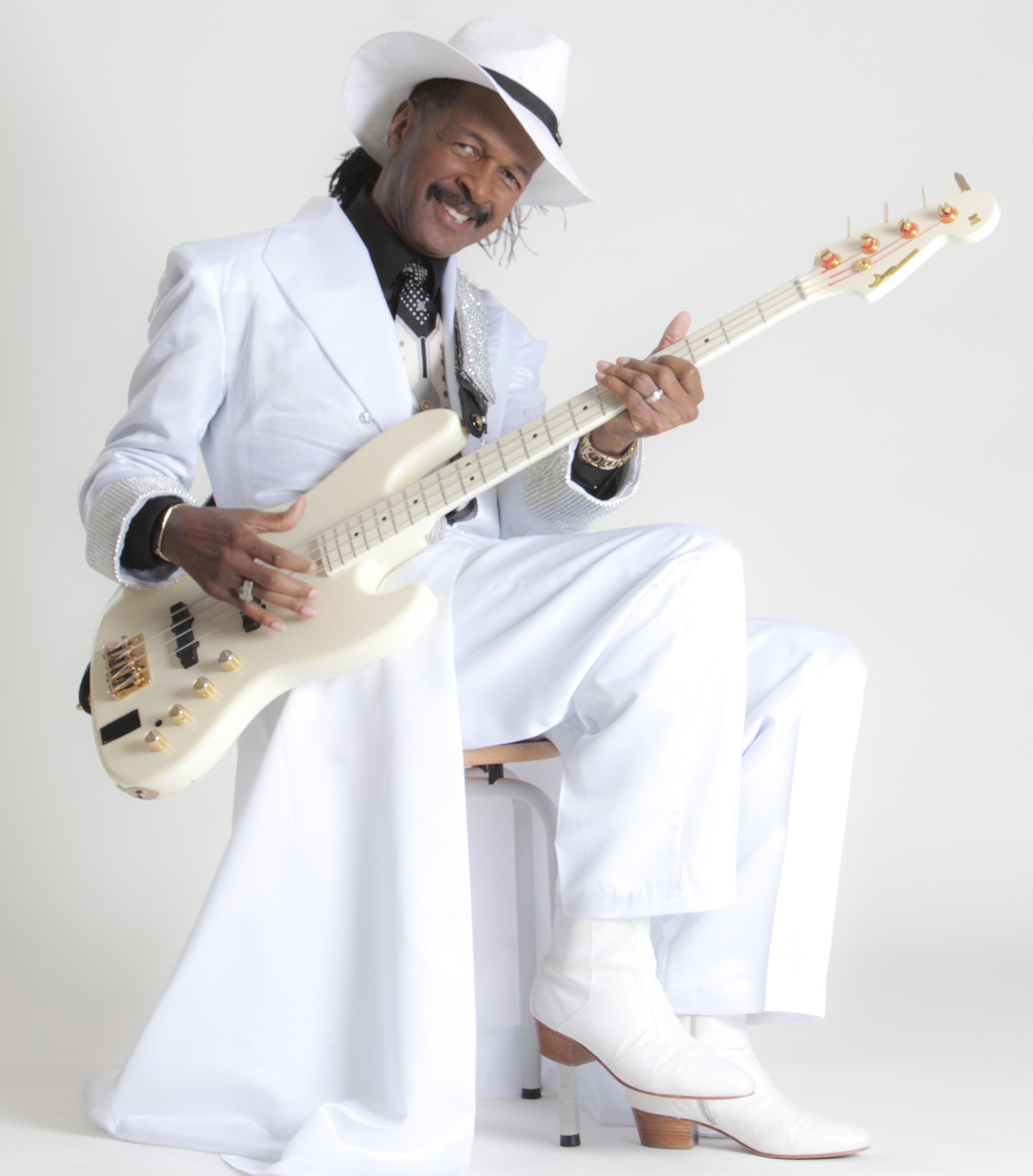 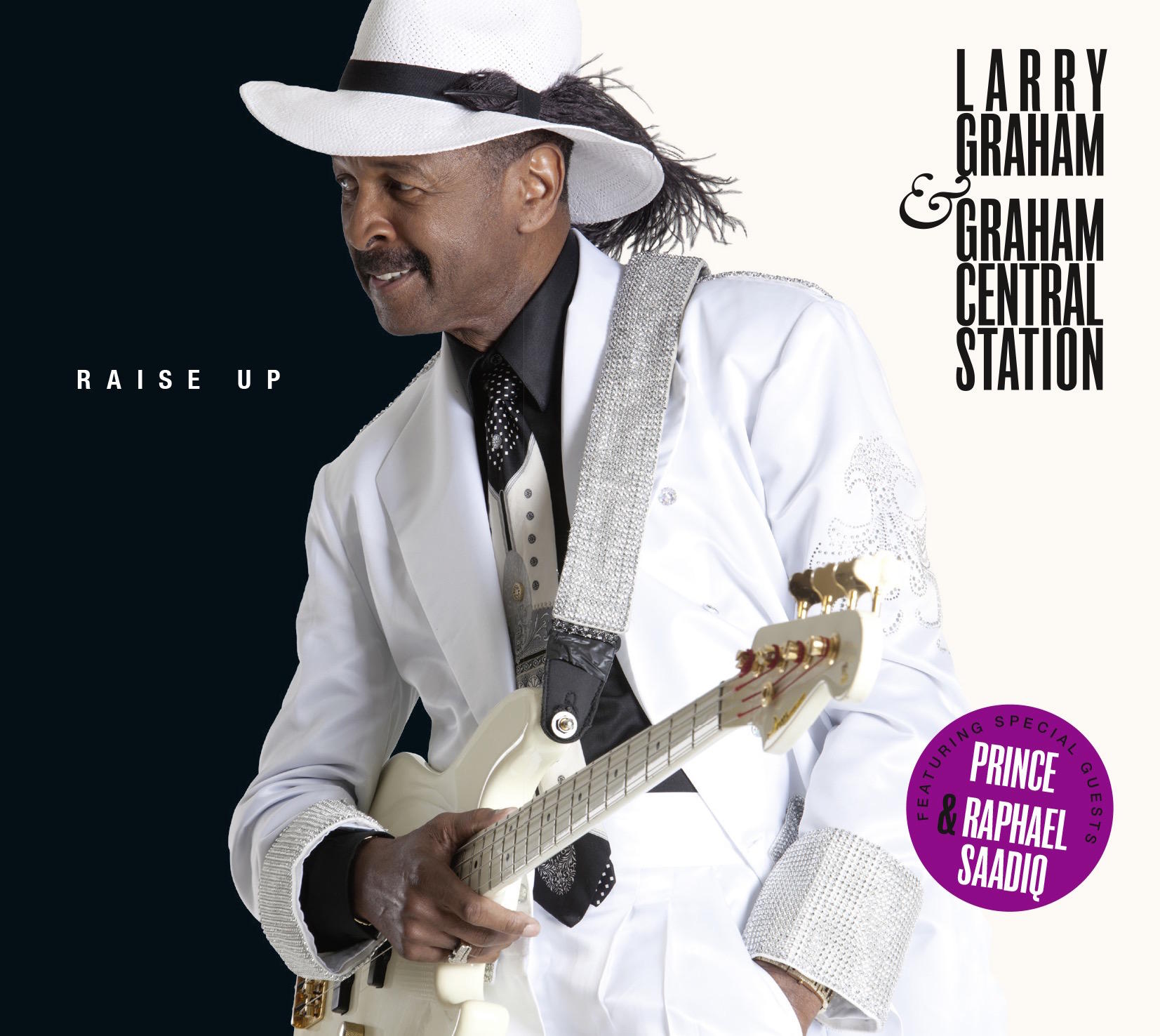 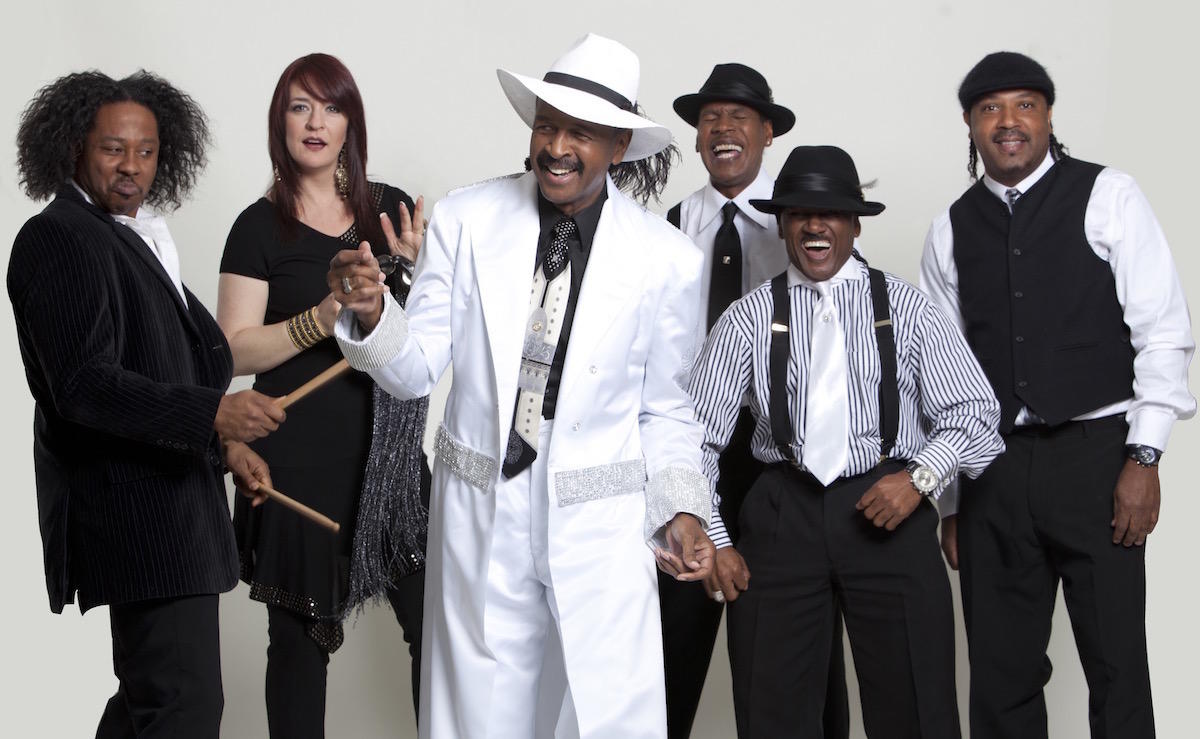