The “Lowrider Band” consists of 4 of the 5 surviving original core group members of the multi-platinum selling band “War” who have been nominated three times for induction into the “Rock & Roll” Hall of Fame: multi-platinum singer-songwriters Howard Scott (guitar), Harold Brown (drums), Lee Oskar (harmonica) and B.B. Dickerson (bass). Their instantly recognizable sound is a groovy brew of Jazz, Rock, Funk, Soul, R&B and Latin, as can be heard on their classic hits like “Low Rider”, “The World is a Ghetto”, “Slippin’ into Darkness”, “The Cisco Kid” and “Why Can’t We Be Friends”, that have been featured on dozens of movie soundtracks, TV shows and commercials. Their anthem song “Low Rider” was inducted in the 2014 Grammy Hall of Fame!

“Once Upon a Time in The West,” there was a septet out of Long Beach and Compton, California that was not afraid to inhale – to soak up the vibrations and the multi-cultural make-up of its surrounding community. Like a mirror held up to the light, they refracted the sensual and joyful lopes of the Latin diaspora, the earthy blues of the Black Experience, the rootsy fruit of the Afro-Cuban contingent and (via their Danish soul mate on harmonica) the enchanting melodies of a not-so-distant promised land.

Bound by brotherhood and sense of purpose, these men hand-crafted a conscience-scalding musical melting pot, churning out worldwide million-sellers such as “Low Rider“, “The World is a Ghetto,” “Slippin’ into Darkness,” “The Cisco Kid” and the anthem “Why Can’t We Be Friends“. Their albums were jazz-soaked travelogue soundtracks that reacquainted listeners with the four cornered rooms of their minds, teasing their imaginations with tales of outlaws and senoritas from the River Niger to Far Out places in space.

Their songs sprang from communal jams in which seeds and stems were sown into soul symphonies. Each member contributed his singular element to its essence: the crack cadences of Harold Brown‘s trap drums, the winding bass lines of B.B. Dickerson, the taproot sting of Howard Scott‘s wicked guitar, the soaring solos and peppery tandem lines of Charles Miller‘s saxophones and flutes and Lee Oskar‘s tangy harmonica, the ancient mystic rumblings of Papa Dee Allen‘s congas and timbales, and the rhapsodic tapestry of the keyboards.
Ruthlessly, time has taken its toll on this musical Magnificent Seven. Miller and Allen transitioned to the next life. In the mid-1990’s Scott, Oskar, Brown and Dickerson lost the right in federal court to use and tour under the name “WAR” to Far Out Productions (producer/songwriter Jerry Goldstein). Consequently they had to find a new band name that could easily be associated with their timeless music and harnesses the true essence that the band has long represented – the unity, the harmony and the righteous fury that was at such ironic odds with “the (3-letter) name” they were saddled with for so long. And so “Lowrider Band” saw the light of day.

With new members Lance Ellis on sax and Pete Cole on keyboards, the funkiest jam band in the galaxy is riding back into town. Their latest self-tiled disc “Lowrider Band” features eight superbly orchestrated songs, including a riveting live version of “Why Can’t We Be Friends”. It conjures reminisces of back in the day when the gang began their musical conquests.

Lowrider Band members Howard Scott, Harold Brown, Lee Oskar and B.B. Dickerson have been nominated three times for induction into the Rock and Roll Hall of Fame and their legendary song “Low Rider” was recently inducted in the 2014 Grammy Hall of Fame! 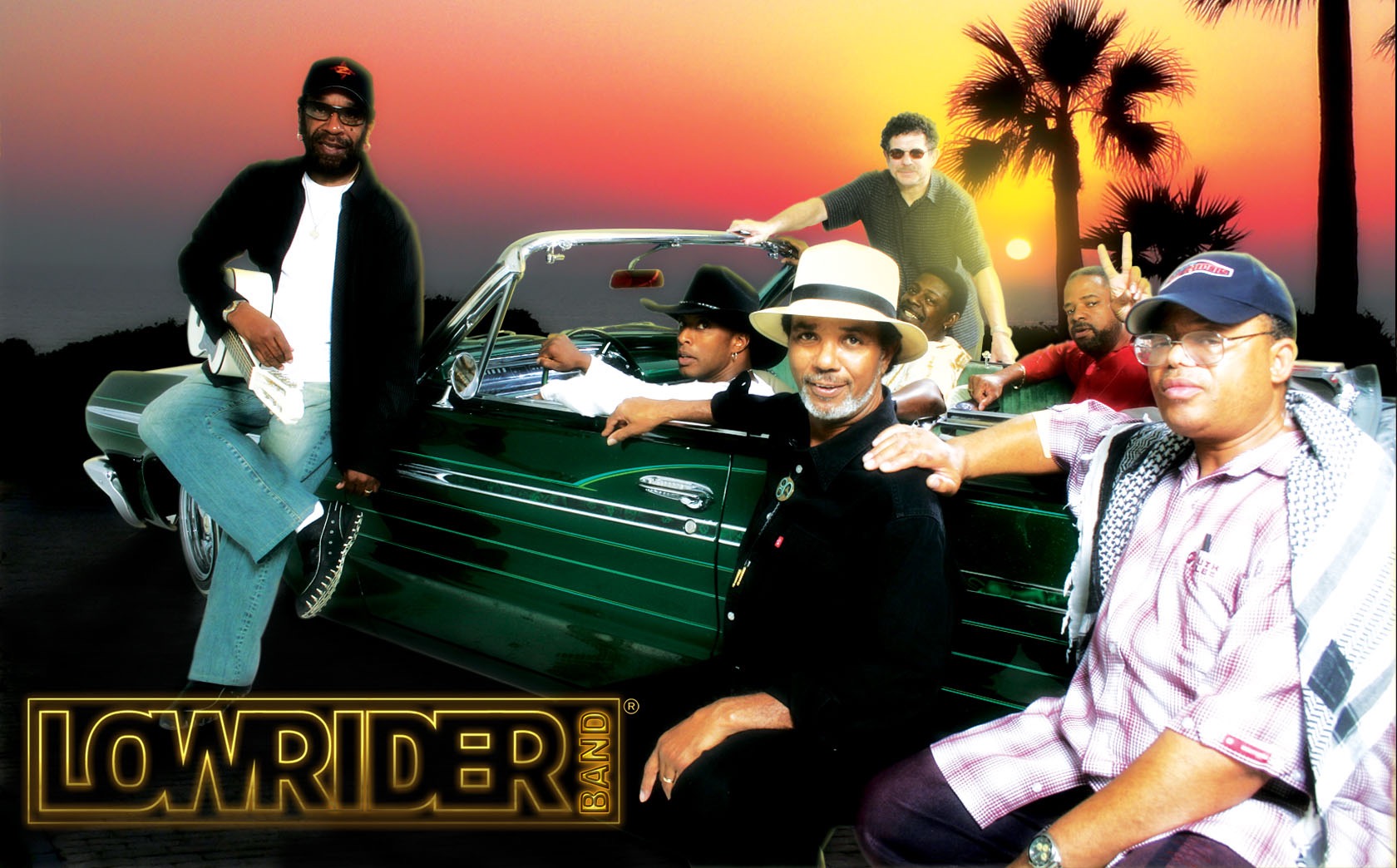 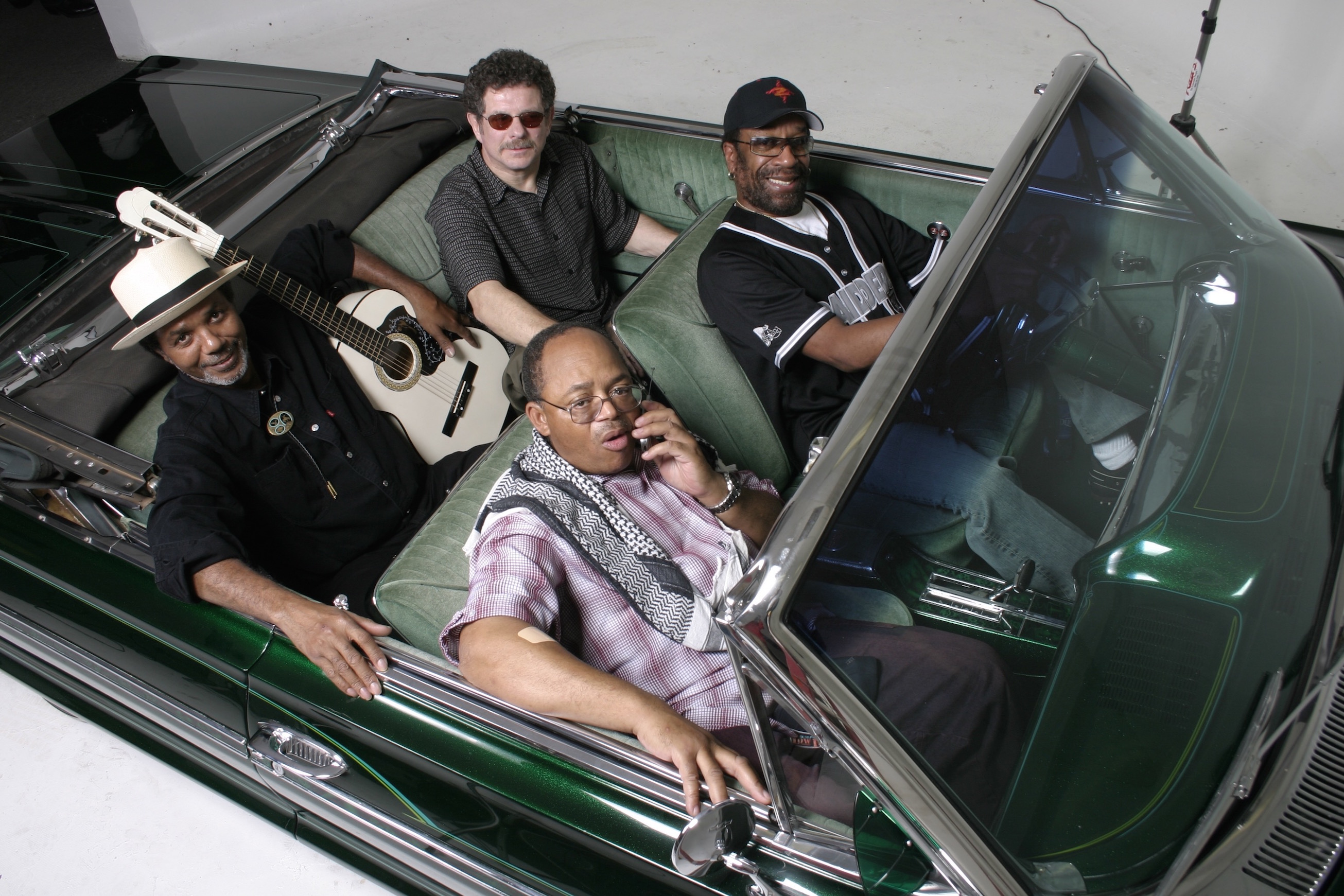