Singer/drummer Steve Arrington scored major hits featuring his innovative lead vocals, first on Funk Classics like “Watching You”, “Just A Touch of Love”, “Wait for me” and “Snaphot” with the legendary band “Slave”, followed by solo hits like “Weak at the Knees”, “Way Out”, “Nobody Can Be You”, “Dancin’ In The Key Of Life” and the top ten single “Feel So Real”. His songs have been sampled by the likes of Jay-Z, Snoop Dogg, A Tribe Called Quest, De La Soul, LL Cool J, Mariah Carey and N.W.A. (as seen in this Summer’s box office # 1 movie “Straight Outa Compton”). Steve was away from the music game for a while but now he’s back and pushing the envelope like never before, as demonstrated by the release of his double CD “Way Out 80-84”, his recent collaborations with Dam Funk, Snoop Dogg, and Kool Moe Dee, as well as some incredible live shows. Steve recently signed with Stones Throw Records and is currently working on collaborations with Knowledge KNX (who did production with Anderson Paak.), Twilight Tone (who worked with Common), Kiefer, Jerry Paper(who worked with Tyler The Creator) and Gifted & Blessed.

“Steve Arrington has a framed picture in his basement studio titled “Something in the Water: The Sweet Flavor of Dayton Street Funk.” It’s a montage of the Ohio rust belt town’s musical pioneers. Some details are identifiable at first sight, like the exaggerated pompadour of Leroy “Sugarfoot” Bonner of the Ohio Players. There are legends in first name alone, like Roger and Junie, and two-syllable troupes Heatwave and Lakeside. Overall, it’s a mish-mash of sequins, smiles and afros. Dayton funk was a movement, and in life, much like in the picture, Arrington is in the foreground.

He was a drummer and lead vocalist in another renowned Dayton group, Slave, from 1978 to 1981, and his songs have been introduced to legions of hip-hop, dance and R&B fans through samples by Jay-Z, Jermaine Dupri, A Tribe Called Quest, De La Soul, Snoop Dogg, LL Cool J, Mariah Carey, N.W.A., Masters At Work and even on Pitbull’s massive hit “Timber”. Arrington’s music, both with Slave and as a solo artist, helped create the blueprint of the 90’s G-Funk sound, and he continues to share a special bond and tremendous mutual respect with a younger generation of West Coast artists in Snoop, DJ Quik and Dam-Funk. From 2013’s “1 Question” collaboration with Snoop and Dam-Funk on the “7 Days of Funk” album, to sharing concert bills with Stones Throw Records artists and Q-Tip of A Tribe Called Quest, much of Arrington’s current musical journey consists of embracing and connecting with new fans who are hearing his music for the first time.

Born in 1956 to a military family in Great Lakes, Illinois, Arrington soon relocated to Dayton, where he grew up in a home teeming with soul. By age five, he was playing percussion on pots and pans, moving to a real Slingerland drum set at seven and Dayton Battle of the Bands in his early teens. In his senior year of high school, he played with a band called the Young Mystics, from which came several original members of Slave. After playing his trade on the Dayton nightclub circuit, Arrington moved to San Francisco in 1975, hoping to take his music to a national level.
While driving around Oakland with a friend one day, Arrington saw famed percussionist Coke Escovedo watering his lawn, and excitedly jumped out of the car and approached Escovedo to tell him how much he appreciated his music. The two chatted for a bit and Arrington was invited to audition for a drum spot in a band led by one of Escovedo’s friends. On the strength of that audition, however, Arrington landed a spot in Escovedo’s own band, and eventually moved in with the percussionist and his manager, becoming a Latin soul apprentice and protégé.
“He was like my pops in this [music] game,” Arrington says of Escovedo. “That was my first introduction to the big leagues—through Coke.”

Arrington went on to play with Escovedo’s older brother Pete and niece Sheila— now known as Sheila E.—during his time in the Bay Area, which included a tour featuring Carlos Santana as lead guitarist.

Arrington’s Latin music journey was cut short when we received an urgent call from his friends in Slave — who had recently hit the big time with their song “Slide” — asking him to join them halfway through the “Hardness Of The World” tour. Steve jumped at the chance and began contributing vocals as the group started to evolve from the funk intensity of its early albums into a more radio-friendly format. Arrington became a lead vocalist for Slave in 1978, and for the next four years and four albums, contributed to the innovative Dayton outfit’s most successful period, as dance floor classics like “Watching You,” “Just a Touch of Love,” “Snap Shot” and “Wait for Me” all bear his trademark tenor.

In 1982, Arrington left Slave and formed Steve Arrington’s Hall of Fame, where he brought other sidemen into lead roles and greatly expanded on the Slave formula. After two Hall of Fame and three solo albums for Atlantic Records, which included the top 10 hits “Feel So Real” and “Dancin’ In The Key Of Life,” Arrington left the music business at the height of his career to join the church — a difficult decision, he says, but one that had been growing within him for some time.
“I saw myself, as a kid, being on stage, but something was missing,” Arrington says. “I used to write spiritual poetry in the 8th grade, and listen to John Coltrane, and my father was into Islam.” His uncle, Charles Cook, was a founder of Bethesda Baptist Church in the Crown Point section of Dayton. Religion had always been a part of life, but as Arrington rode on a tour bus one day, awareness grew in him that spirituality was moving more to the front of his consciousness. Lying in his bunk, he thought, “Something’s missing,” which he took as a fleeting thought. It wasn’t.
The spirit began to take hold, and Arrington welcomed it with an open heart, mind and soul. “What was naturally coming out of me wasn’t something that I was trying to stop because it ‘wouldn’t be good for business,’” he says, alluding to reactions record companies had to his awakening. The clarity of a spiritual path contrasted with the confusion and turmoil Arrington saw around him in the music scene, “I was allowing the transition that was happening honestly inside of me come to the forefront and stop where it wanted to stop.”

After nearly 20 years in the ministry, Arrington’s heart began to slowly pull him back to music. He frequented local poetry slams, soaking up messages from the streets while reading the work of social intellectuals such as Michael Eric Dyson, Dr. Cornel West and Dick Gregory. He remained part of the church, but with greater recognition of the spiritual voice in popular music. “Ever since slavery, spiritual men and women have come to the fore and spoke,” he says. “It’s a legacy…Last Poets, Mahalia Jackson, the Impressions, Gil Scott-Heron.” Music still represented the desire for freedom, equality and love for Arrington, and this was to be his renewed mission.

He returned to recording in 2009 with the self-released album “Pure Thang“, which lead to collaborating the next year with modern funk lord Dam-Funk and Stones Throw Records. By this time, his Slave hit “Just a Touch of Love” was 32 years old, but when he performed it, fans half his age knew every word. Arrington’s music had come full circle. The Invade had returned.

“I saw myself as being able to connect with a new generation and they embraced me,” he says, and armed with that fresh perspective, he began touring Europe and the U.S., and revisiting old demos and other tapes found in the Atlantic Records vaults. This led to the planning of “Way Out: Steve Arrington 80-84“, a retrospective encompassing all of Arrington’s classics—his first solo single, the Slave backed “Summertime Lovin’ ” / ”Special Effects from Mars”, hits like “Way Out,” “Weak at the Knees” and “Nobody Can Be You But You” from his early solo albums, and a handful of unreleased and previously unfinished tracks featuring the Hall of Fame and reworked with his current band.

“At 58, to look back on where I was at 24 or 25 years old, and add where I’m coming from now in finishing those tracks, it was like visiting my younger self,” Arrington says. “To that young cat, it’s like telling him, ‘I’m digging your uniqueness then,’ and to where I am now, telling the older Steve Arrington, ‘Hey man, you’re still doing your thing.’”
Arrington is still doing his thing, and still enjoying that younger generations have discovered his music. He counts blues artists with longevity like Buddy Guy and B.B. King among his heroes, and admires how new fans embrace them as the years go by. He respects innovators like Miles Davis, who created a legacy for fans to be moved by, no matter their age. As a fan, he is a musical adventurist, absorbing everything from Stravinsky and Bartok to Flying Lotus, Hudson Mohawke and Madlib.

To younger artists, Arrington’s only advice is to “stay true to yourself and have as much control over your music as you possibly can”, but he speaks as an elder peer, not as a preacher. “I’m not trying to be 19, but I’m not trying to hate on 19, either”, he says. “I just want the young people to know, ‘Hey, I love you’, because we all need somebody older than us to believe in us.”

It’s this belief that makes Steve Arrington not just the Invade, but an embracer and defender of music culture and all its contributors. After nearly two decades away from the business, he’s still able to create, appreciate and be appreciated. “I don’t take it lightly,” he says. He just takes it as it comes. Is there something in the water in Dayton? For sure, and Steve Arrington is still drinking it down deep.” (Ronnie Reese — Summer 2014)

These last couple of years Steve released of his double CD “Way Out 80-84”, collaborated with Dam Funk, Snoop Dogg and Kool Moe Dee and has been back on the road for some incredible live shows. Steve recently signed with Stones Throw Records and is currently working on collaborations with hot upcoming talent like Knowledge KNX (who did production with Anderson Paak.), Twilight Tone (who worked with Common), Kiefer, Jerry Paper(who worked with Tyler The Creator) and Gifted & Blessed. 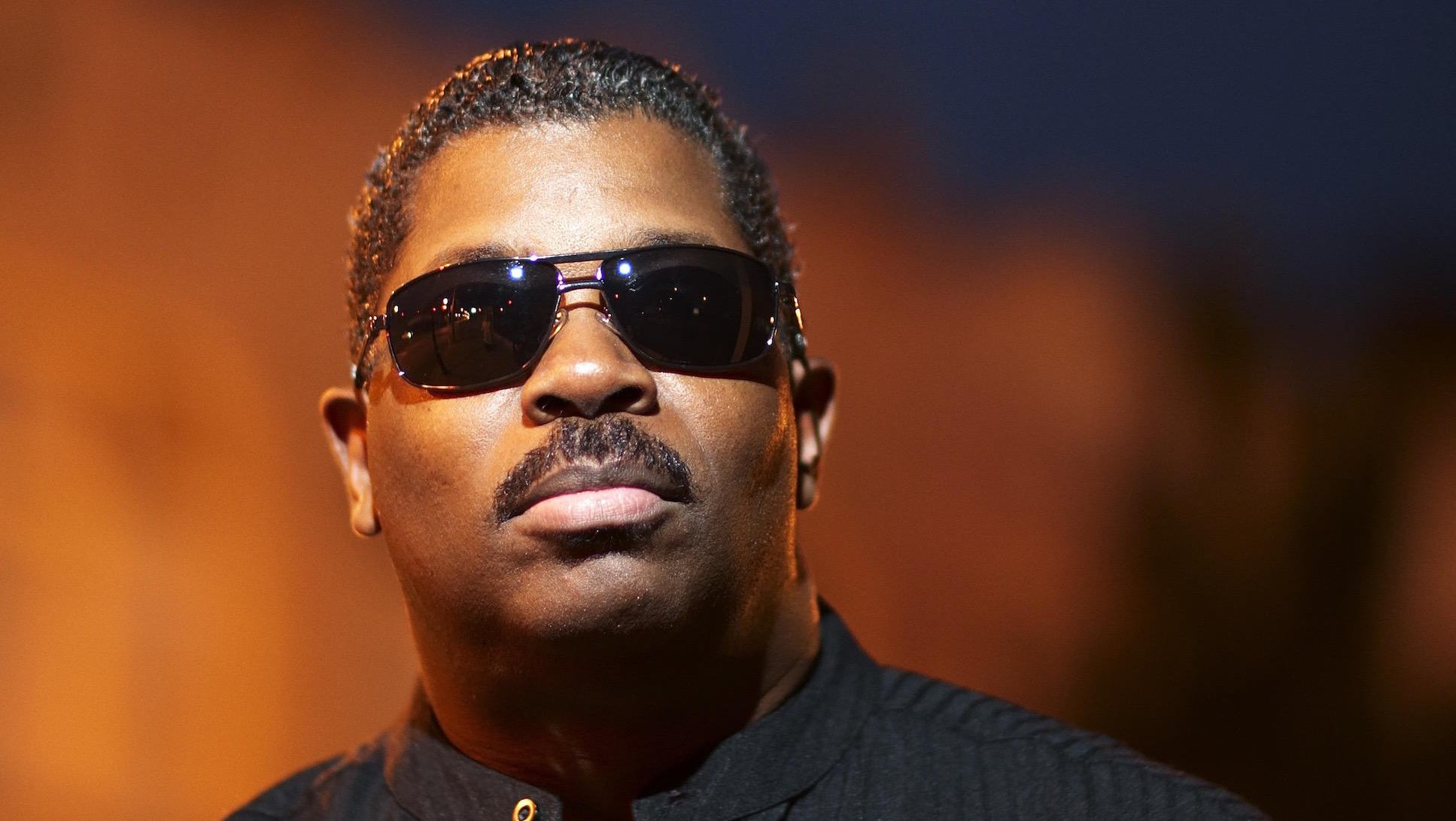 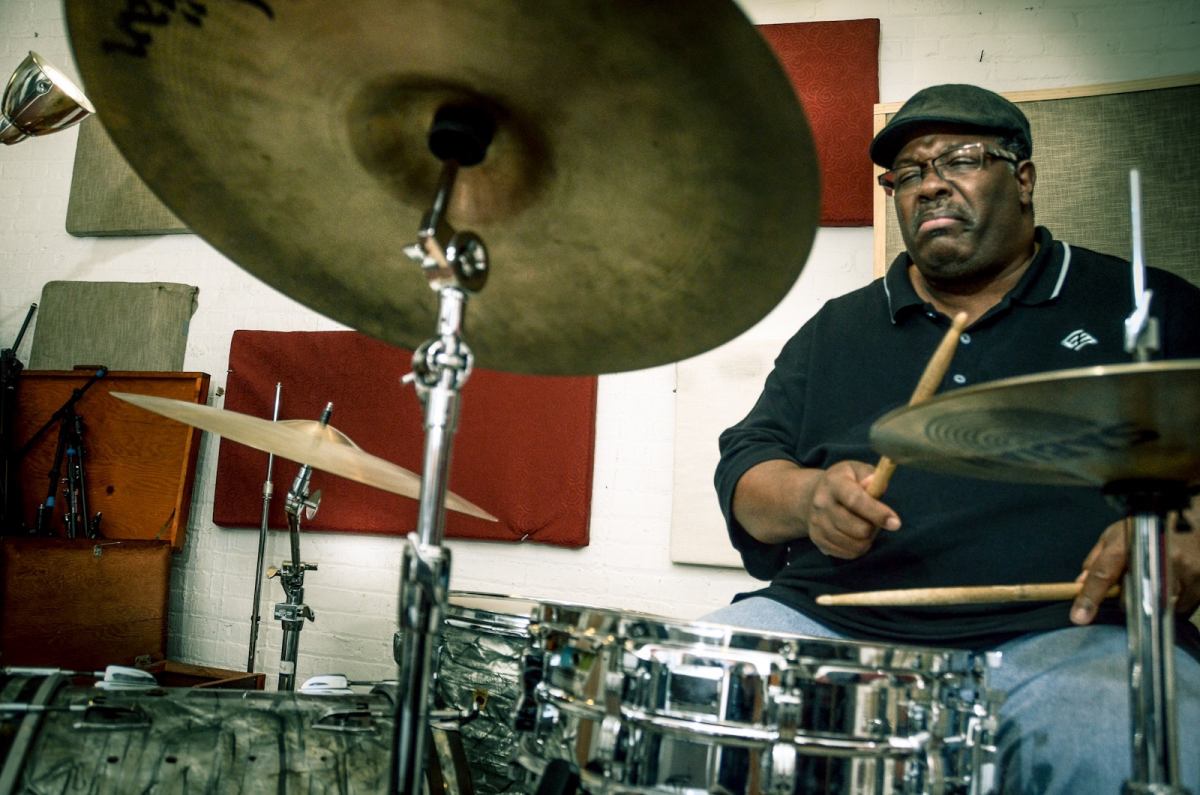