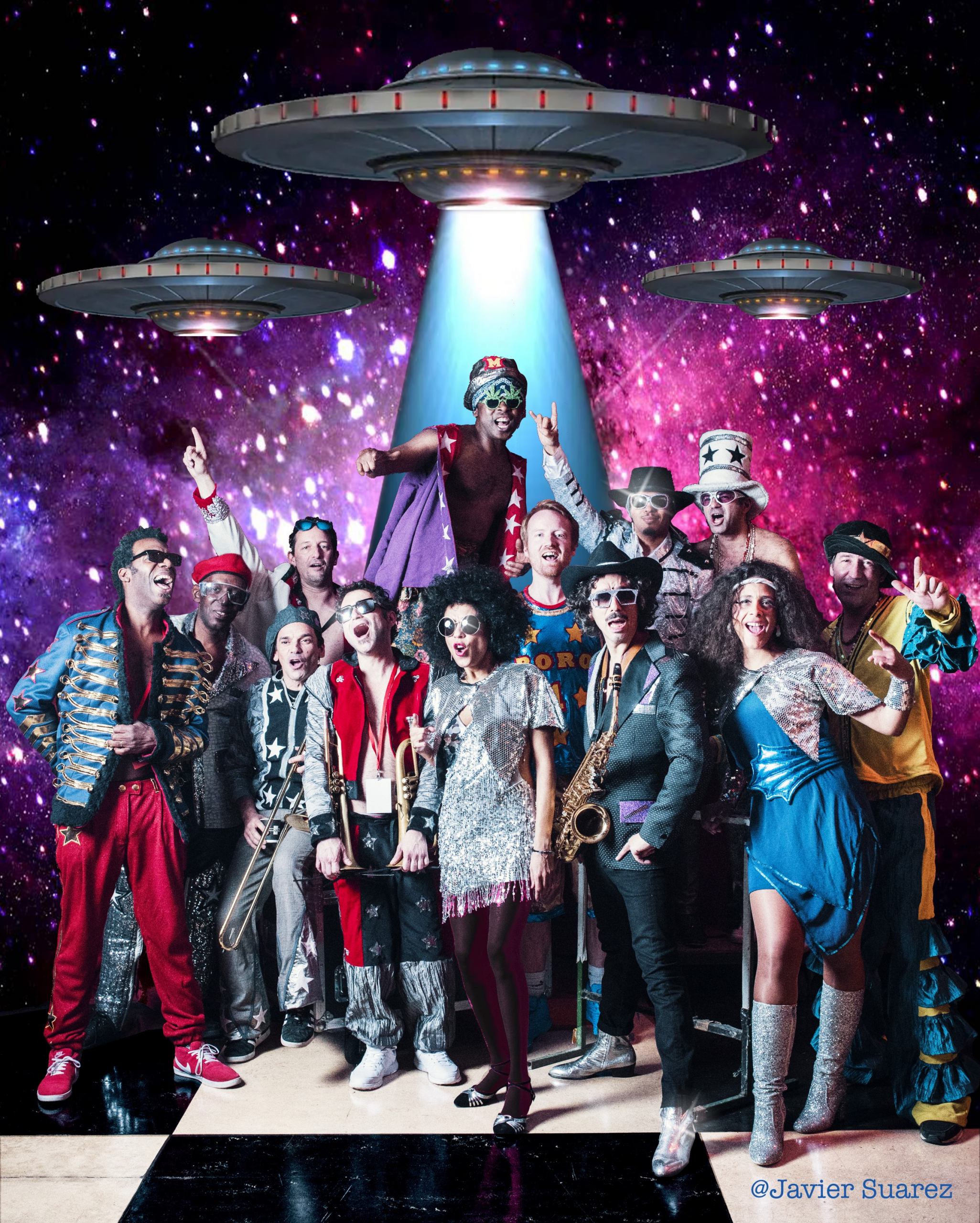 French Funk’s finest are back! Formed in 1987, the “Malka Family” collective includes approx. 13 musicians and singers. Their first album “Malka on the Beach” was self-released in 1991, and following the success of their live shows, the band signed to Warner Music France to release their second album “Tous des Oufs”. The band became the cornerstone of the Funk scene in France. Touring all around France and Europe, they shared the stage with artists like Daft Punk, Manu Dibango, Roy Ayers, and Supreme NTM. In 1994 they returned to their indie roots with the French Funk label “Big Cheese Records”, with whom they released their third album “Fricassée 2 Funk, Fracassée 2 Freaks”, followed in 1997 by their fourth album “Fotoukonkass” on RCA/BMG, after which they split up.

After a 18 years hiatus, during which “Funk” had reclaimed the spotlight (thanks to Daft Punk, Marc Ronson’s Uptown Funk, Bruno Mars, etc.), French Funk’s finest re-formed in 2015, performed a couple of shows and released their fifth album “Le Retour du Kif” in 2017, which was followed by an extensive tour including stops at major festivals like “Jazz à Vienne”. Last December, Malka Family released their 6th album “Superlune” (2021), which they will promote by going on tour in 2022.

In 1987, after having organized the “Chez Roger – Boîte Funk” parties (with DJ Dee Nasty and Loïc Dury from Radio Nova), Joseph “Mannix” Guigui and Laurent “Isaac” Cohen, respectively guitarist and trombonist of the band “Human Spirit”, decided to create a “French style” Funk collective called “Malka Family”. The collective quickly became one of the most exciting French live bands of the 1990’s.

In 1991 they self-released their first album titled “Malka On The Beach”, followed by a tour that featured crazy costumes and delirious performances. Both the press and the public loved these French Funkateers, and that meant all the shows quickly “sold out”. Consequently, Warner Music France saw an opportunity and signed them. Malka Family’s 2nd album titled “Tous Des Ouf” was released in 1992. The album was a real P-Funk “space opera” project featuring many “special guests” like Sidney, Dee Nasty, Marco Prince (from FFF), Juan Rozoff, etc. The album’s tour got the band booked at festivals in France, Switzerland, Italy, England, Holland, Germany, Denmark, Finland, Namibia and Japan.

In 1994 the band regained their independence from Warner Music France and recorded an EP for Big Cheese Records titled “Fricassée 2 Funk, Fracassée 2 Freaks”, followed in 1997 by their 4th album “Fotoukonkass” on RCA/BMG, and yet another tour.

Between 1990 and 1997 Malka Family performed more than 300 shows in France and abroad. Unfortunately, towards the end of the 1990’s, the era of DJ’s and electronic artists sounded “the end” for large bands like “Malka Family”. Victim of their logistical weight (during their last tour they had more than 14 band members on stage), they split up in 1997. The last concert of that era took place in 1997 at the FrancoFolies in Montreal.

In the meantime Daft Punk performed their song “Get Lucky” on the Grammy Awards’ stage with… a funk line-up; Mark Ronson had a worldwide No.1 hit with” Uptown Funk”, and Bruno Mars with “24K Magic”… That meant the time was ripe for Malka Family to share their Funk once again! 18 years after their split up, French Funk’s finest reunited, performed a couple of shows in Paris, France and Switzerland, and on November 24th 2017 they released their fifth album titled “Le Retour du Kif”, which features the singles “Donne-moi ça” and the super groovy “Minnou (Minou)”. The album’s release was supported by two “sold out” live shows in Paris: at La Cigale (Jan 2018) and at the Casino de Paris (July 2018 – double bill with George Clinton & Parliament/Funkadelic), followed by a tour through France including stops at major festivals like Jazz à Vienne and Nancy Jazz Pulsations.

Last December, Malka Family released their 6th album “Superlune” (2021), which they will promote by going on tour in 2022.

There are only two other bands I can think of who are capable of conveying a similar sense of spontaneity, energy and enjoyment: the JB’s and Parliament/Funkadelic. Yes, Malka Family are that good…  Soul Jazz Review

On the French funk scene, Malka Family still holds its place in the lead. Le Monde

They think they are the legitimate heirs of George Clinton and his cosmic P-Funk. Since their beginnings, the members of the Malka Family collective have loved to ignite stages all over the world with their good communicative energy and their sound that brings fresh energy. Two years ago, “Le Retour du Kif” was seen as a powerful antidepressant against the gloom. Here we go again, with “Superlune”, an album closer to the skin, supercharged to release a maximum of energy. An invitation to join this funny musical spacecraft to blend into a dimension of a thousand colors where funk is king. La Presse de la Manche 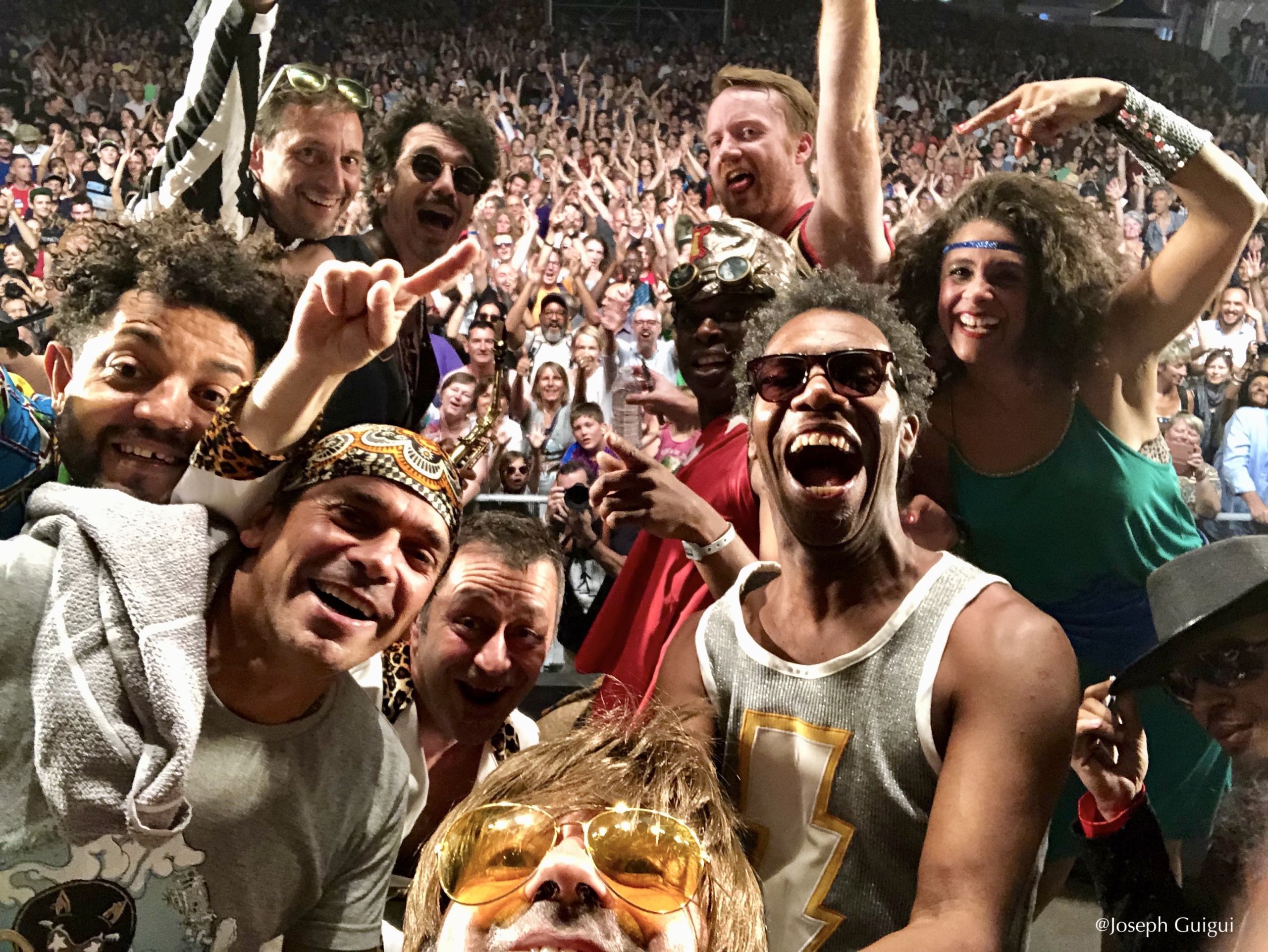 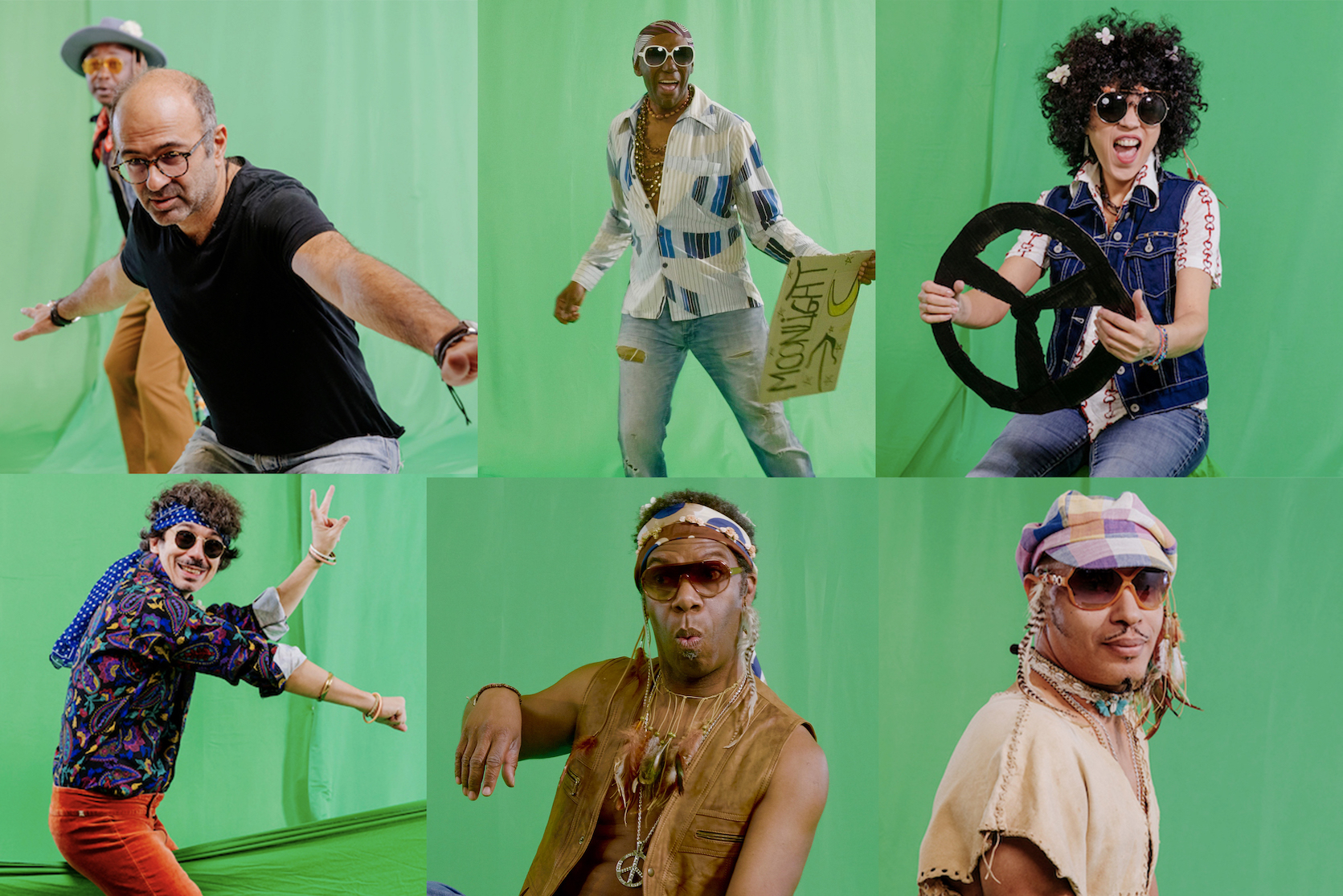